We are Beings of Light.

Light enables us to read this page by reflecting back to our retina.

We Breath in life giving oxygen, produced by plants using the energy of the sun.

We absorb essential nutrients like vitamin D and we “tan” due to the light of the sun and a chemical reaction in our cells.

This amazing relationship with light is something we share with most living organisms on this planet and as a result we tend to rely on light for energy, information and guidance. It’s no wonder ancient civilizations worshiped the Sun as a life giving, god-like being. Had the sun been smaller, or further away, it is likely none of us would be here.

This process of how our bodies react with light is known as photobiomodulation.

So what does this have to do with low  light laser therapy?  Surprisingly, Low Light Laser Therapy, as we know it, has only been around for about 50 years, yet, the potential of this incredible alternative form of medicine is just beginning to be appreciated and finally understood. The science behind the results is quite amazing and although there are still skeptics, it is hard to argue with results.. Let’s start at the beginning…

What is low light laser therapy?

In 2015, the term Photobiomodulation Therapy (PBMT)  was indexed  to the National Library of Medicine as the term to replace the existing records of low-light laser therapy, Biostimulation, Cold/Cool Laser, Low Level laser therapy, Soft Laser and Low Power Laser Therapy.

The word L.A.S.E.R is an acronym for (Light Amplification by Stimulated Emission of Radiation), and is distinguished from other light sources by its coherency  (ability to stick together) creating a beam of light in which high energies are concentrated. Laser Light Therapy  is a form of photo-therapy (treatment with light) used to stimulate tissue repair and provide pain management.

The laser uses specific bands of light to stimulate tissue at and below the surface of the skin. After an injury, the body needs cellular fuel,

known as ATP, to heal. With low laser light therapy, a low-level laser directs energy through the skin and to the injured cells. Cells then harness this energy and convert it into more ATP.  The more ATP the body can produce, the faster the cells can repair cellular damage.  Additionally, this injection of cellular fuel helps tissues eliminate the inflammatory substances that cause pain and lead to scar tissue.

This  modality of medicine is  quickly becoming one of the most popular high-tech treatment options for safely and naturally accelerating the body’s natural healing process after injury.   Recently,  with better understanding of the effects of the different wavelengths,  technology has evolved and third generation devices are now available and are proving to provide a higher level of safety, with better results,  in a portable, powerful,  over the counter unit.

Not all lasers are the same

Laser technology began with Albert Einstein, who, in 1917 proposed that electrons could be stimulated to emit light of a particular wavelength, But it would take nearly 40 years before scientist would be able to prove Einstein correct and begin putting lasers on the path to becoming the powerful versatile and universal tool they are today. Fast forward to today, and lasers are an important part of our daily lives. Lasers are used in CDs and DVDs, scanners, fax machines, fiber optics, engraving and cutting  and our cell phones, basically our entire electronic world is connected to lasers.  Lasers are used in LASIK eye surgery and used in Hospitals around the world for easy and safer surgeries.  But not all Lasers are the same.

Photobiomodulation does not induce heating in tissues like surgical lasers,  remember it is all in the photochemical reactions of the certain wavelengths of light with our cell membranes. Compromised cells respond better than healthy cells to light energy allowing these brief treatments of low level light to enhance wound healing and tissue regeneration, reduce inflammation and treat chronic pain.

According to the Food and Drug Administration or the FDA[1], Laser products are classified on the basis of the highest level of laser radiation to which human access is possible during operation only. Lasers are also classified using physical parameters of the laser, power, wavelength and exposure duration, and is based on the laser’s potential for causing immediate injury to the eye or skin and/or potential for causing fires and/or burns  from direct exposure to the beam or from reflections from diffuse reflective surfaces. The higher the class, the more dangerous  the Laser. The FDA recognizes four major classes ( I to IV) of Lasers including three sub-classes.

below is a chart from the FDA’s Website with product examples:

In the beginning  Laser technology was quite complicated.

Here is a little information you may not think you need…

Yes, it used to be quite a mathematical formula  to set a laser with the needed power to the proper wavelength to get the desired results. One had to be part doctor and part mathematician to be consistently  successful with a powerful laser.  It is no wonder that many professionals stayed away from early lasers and the dangers that they presented.

Thankfully, technology has evolved and caught up to the Science. Scientists have been successful at pinpointing the exact wavelength  and power needed to help damaged cells  regenerate and repair, and are able to use and understand how different wavelengths work best for different injuries. With this new understanding of how best to use lasers for healing, new lasers have been developed that offer all the power of a class IV Laser with the safety of a Class I, making cold laser light therapy practical, safe, affordable and available  to anyone who wants to improve their own or their pets healing process.

Lasers of old were considered Constant Wave lasers (CWL). New Developments in technology have now created Super Pulsed lasers (SPL).  Some CW laser manufacturers now claim to use pulsed technology by gating the beam with a shutter, chopping it on and off and yes these CW lasers can still produce beneficial effects, but they cannot compare with the density, depth of penetration and patient safety made possible by true Super Pulsed lasers.

With higher Photon density, True Super Pulsed lasers enable deeper penetration of tissues, up to 5 inches deep, and Super Pulsed lasers produce a high peak impulse of intense light “flashes”, allowing for quicker absorption at the cellular level which increases the energy available and stimulates production of new ATP, leading to optimal rapid pain relief and accelerated healing. With a Super Pulsed laser there are no damaging thermal effects in the tissues allowing for a Class I FDA safety clearance.

With Light being such an important part of living cells, it is about time the use of this energy became available,  and Just like improvements in  technology across the board, lasers have evolved to become a true option for treating injuries, both chronic and acute.  Chiropractors, oral surgeons, and veterinarians are among the many professionals using and praising the results. Professional sports teams have been using the efficiency of laser technology for years to keep their players on the field.  The key to a successful therapeutic dose of laser energy is achieving the right combination of power, wavelength and time, allowing proper penetration,  without causing harmful effects to the cells or creating thermal effects that do more harm then good.

Want to learn more about Photobiomodulation and how it can help relieve your pain?

click here for my review on Multi Radiance Medical laser.

VISIT MY FLIPBOARD MAGAZINE FOR MORE INFORMATION ABOUT PHOTOBIOMODULATION 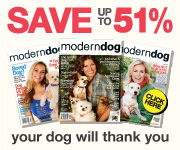